What Is the Future of Blockchain Technology and AI? 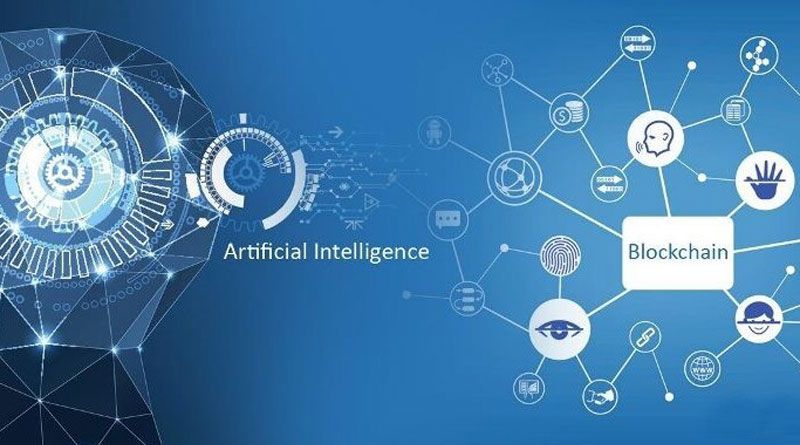 The world has undergone tremendous change over the last two or three centuries, beginning with the industrial revolution, which brought about the switch to machines, the introduction of chemical manufacturing, the development of the steam engine, and the advancement of machine tools and mechanized factory systems.

Soon after, the flight was developed, revolutionizing international travel. We have witnessed the profound impact that the internet has had on humanity. Two technologies that are reshaping the world are emerging right now: blockchain technology and artificial intelligence (AI).

Blockchain is a database or distributed ledger shared among network nodes. They are known for their function in Bitcoin and Ethereum and web3 development, which allows them to keep a secure and decentralized record of all transfers on the network. Blockchain guarantees total transparency and data reliability.

Artificial intelligence, on the other hand, describes machines that imitate human intelligence due to intricate algorithms programmed into the algorithm. These machines can mimic human behavior, think like humans, learn to solve problems, reason, and act in ways that have the best chance of achieving the desired result. Additionally, as it processes more data, AI can learn from the information it provides and become smarter.

How AI and Blockchain are Linked

There are more connections between blockchain and AI than we may realize. The frequent integrations comprise:

Having a lot of data is crucial when training an AI application. As the technology with the highest degree of transparency, blockchain has the potential to be a trustworthy source of accurate data. The source of data can be effectively verified thanks to nodes’ traceability.

The decentralized ledger technology makes sure that no single server is in charge of running the AI application completely. The autonomous system that powers decentralization can oversee AI training and operations without supervision or, in rare instances, interference from outside parties.

Pseudonyms and shuffling are cryptographic techniques that improve network privacy for AI operations and training. The advantages of the technologies above make a strong privacy system crucial for companies that develop and supply AI systems.

Fundamentally speaking, blockchain smart contracts aren’t very secure. Any existing loopholes can be used to harm the applications because the technology is based on the rigidity of the arrangements. Artificial intelligence is being used to create smart contracts that are more secure than conventional ones to reduce vulnerabilities.

Blockchains frequently have poor query performance due to limited data storage options. For the most part, blockchain applications use level DB, a write-intensive database management system, to achieve a more write-intensive approach while sacrificing reading efficiency.

To be transacted, large projects require a lot of data. Traditionally, data transactions had to be guided through a centralized system that oversaw the operation. The process is not as effective as it could be with the aid of blockchain and AI, despite this being strongly implied.

AI is used in smart cars to train the model that ensures user handling and safety. The model is prepared using the massive amounts of data that all the vehicles collect. However, if smart cars fall into the wrong hands, there may be a trust and safety issue with vehicular communication that could jeopardize their entire purpose.

The problem is lessened by blockchain technology because it is transparent, encrypted, and immutable.

Traditional supply chain management systems rely heavily on operations that frequently fail to communicate the most current status of the product in the supply line. The entire process necessitates communication with a single node because it is centralized, which sends information to other operational components. The whole process can be distributed and automated using blockchain and AI to make it faster and more effective.

Blockchain technology can guarantee the confidentiality of the data sent or received, and AI solutions can address security flaws before attackers discover them.

Tokens from blockchains are already being used in international financial transactions. Numerous renowned financial institutions are considering integrating blockchain technology into their everyday operations. The advantages of combining blockchain and AI in the financial sector are enormous, especially since AI has already been incorporated into stock trading and other financial processes.

The Covid outbreak has demonstrated the power of data deposition in situations where millions of people are affected. AI-assisted data deposition can store, retrieve, and analyze the available data on the events to assist experts in determining the testing frequency and vaccination supply.

But fake goods and out-of-date vaccines are fairly typical in the supply chain. A trust system was created using blockchain technology to ensure that the government and hospitals received genuine and new vaccines.

We currently see only a small portion of what AI and blockchain technology’s combined potential can achieve. Both technologies can completely change industries, which is already happening in sectors like healthcare, supply chains, finance, and several others.
Blockchain development is where businesses use blockchain technology, AI, and human experts to create high-quality and consistent metadata and solve problems in the online video space using both technologies.

How Artificial Intelligence will impact the Educational Metaverse

The Most Effective Sports Streaming Providers for Everyone