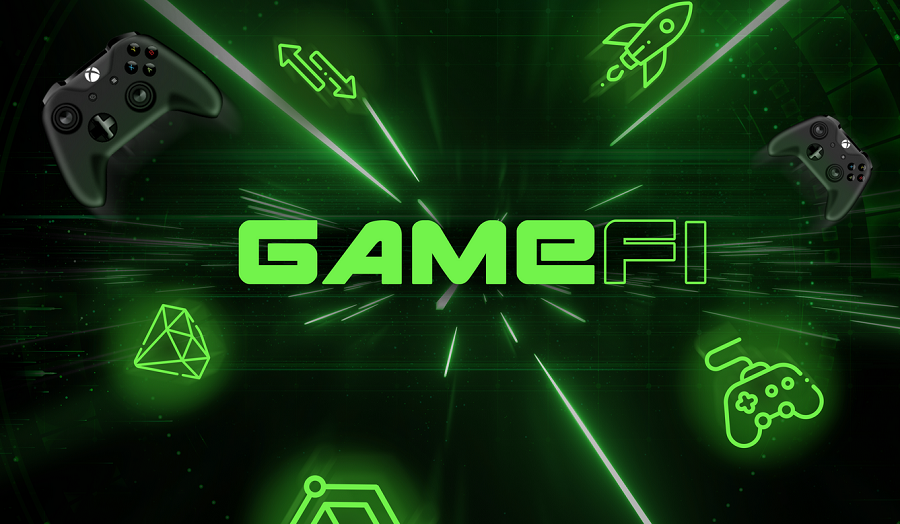 NFT continues to expand day by day, and so does its growth in the gaming sector. The changes are broadening, and it is becoming much-accepted in current times. The main reason behind it is the involvement of finance in the gaming enterprise. The GameFi development, gaming into finance, became an eye-watering opportunity for all gaming enthusiasts.

A simple explanation is that players can earn while playing their desired genre of the GameFi games via NFTs and cryptocurrencies. This allows players to trade their in-game assets or collectibles in the marketplace, making significant profits. However, first, let’s learn more about the term, GameFi.

The word, GameFi, is a blend of gaming and finance. Unlike traditional pay-to-play model games, the GameFi games are a shift towards the play-to-earn model. These games are blockchain-based, promising the players to earn while playing experience. Typically, the players can accumulate in-game rewards by progressing levels, battling against other players, and completing tasks. They can also take these in-game collectibles outside the game to sell or trade and gain profit. The GameFi world uses cryptocurrency, non-fungible tokens, and blockchain technology to build a virtual gaming domain. But how did GameFi come into the picture?

Reliving The Period When GameFi Came To Exist

The traditional gaming model had the players investing in areas that did not hold any value outside the games. Certainly, there were many free-to-play games available in the market. However, rare collections like weapons or skins were only available with the payment attached. This was saddening as all these upgrades only existed within the game and lost their utility once you were bored and stopped playing.

This setback was cleared with the introduction of GameFi technology. It was first announced on September 10, 2020. After this, gaming became extensively intriguing. With the involvement of finance in the gaming industry, player engagement heightened. The demand and popularity of blockchain-based games swiftly raised the GameFi games to become prominent in the market.

This being said, let’s move with how does GameFi work.

The GameFi upgrade helped mint NFTs as in-game rewards that come in various forms. From skins and weapons to cards and virtual lands, in-game assets were made available for the players. Each GameFi game adopted a different strategy for providing rewards. Most of them made these awards available in the NFT forms. It means that they can buy, sell, or trade the in-game NFTs on the NFT marketplaces. These NFTs will already be running on the blockchain, providing easy trade. Another method is where these in-game assets must be converted into NFTs to be tradable.

Depending on the game’s structure, players can win rewards and sell or trade them to gain profit. The players can also opt to rent their in-game assets as scholarships to other players. This way, even though the players do not actively play the game, they’ll have a passive source of revenue generation.

The traditional games follow a pay-to-play model making it only beneficial for the developers. Games like PUBG: Battlegrounds and Call of Duty are great examples of this pay-to-earn model. These games require players to pay to acquire full access to the game. In most cases, these games generate zero financial return for the players. On top of that, the in-game items are owned by the developers rather than the players. Thus, dropping their value outside the game.

The introduction of GameFi games took these setbacks to a new level. The current Play-to-earn NFT games solved the issue of no zero return value for expenditure. Other than that, when we come to in-game assets, those are fully owned by players, making them available out of the game for trading.

Another plus point with NFT-based P2E games is that some run as free-to-play models. You are free to play the game without any payment and still earn in-game rewards. However, other games require you to buy NFTs before starting the game. The best example of this is the popular Axie Infinity. The game quires you to buy three in-game NFTs, which are digital pets known as Axies, to start the game. These Axies are made to compete against other Axies inside the game, directing to earn Smooth Love Portion (SLP), an in-game reward. These can then be converted and traded in the NFT marketplace.

But How Do We Participate In NFT P2E Gaming?

After getting to know the basics of GameFi, the first question that comes to mind is how to get started. Let’s read through to comprehend the explanation. The first step after fixing your sight on a P2E game is creating a wallet. Connecting your wallet can help you store your NFTs in place.

As mentioned earlier, creating a wallet is the first step after selecting a particular game. The wallet maintains your NFTs and tokens and makes trading much easier. Crypto wallets can differ depending on the game.

Blockchain games need you to connect the crypto wallet to the game’s official website. You’ll be required to sign a message on your wallet that proves your ownership.

Most GameFi games require you to buy the in-game assets before the start of the game. If you are short of money or are still skeptical about investing, you can ask for a scholarship from the other players.

There are many GameFi games available in the market. Below are some popular GameFi games largely accepted in the gaming world:

Marking The Future Of GameFi

Still, in the early stages of development, the potential of such games is greatly viewed. Further, the introduction of the blockchain in gaming is naturally changing players’ views towards the gaming industry. With this increase, it is expected that soon big companies will join hands with this technology.

What Is the Future of Blockchain Technology and AI?

Stock and cryptocurrency: What should you pick for investment?

Whether you are looking for Tiger Shroff height, or want to know what his weight…