Best 7 Programming Languages for Kids to Learn in 2022  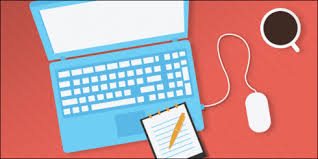 Programming often seems difficult for the average person. But, learning it from an early age helps acquire the basic skills to understand and adapt it better. It’s important to clear the fundamental concepts before moving to higher programming languages. Choosing a simple coding language and gradually moving to the complex ones.

There are various budding employment opportunities for rising programmers in the IT sector. Professional programmers earn a handful of money from using their skills. This post will discuss some of the top programming languages on your computer assignment to help build your programming skills from the ground up.

Developed by the Massachusetts Institute of Technology and launched on May 15, 2007, Scratch is a visual programming language that uses blocks to teach coding. The language is developed to educate kids between the ages of 6 years to 16 years about coding. The user interface divides into three main sections – the coding area, the block palette and the stage area. The coding takes place in the coding area, the block palette reveals the blocks, and the project results appear in the stage area. In addition, youngsters can use Scratch to create animations on do my assignment work for student , digital stories and other games.

One standard language for creating websites is the HyperText Markup Language. Computers use this language to communicate with other peers and handle text and display processing. Hypertext enables the readers to navigate throughout the document (or other documents) using links. Created in 1989 by developers like Tim Berners-Lee and Robert Cailliau, HTML uses various attributes and tags to process information in a website. HTML can help structure and navigate links in web pages. It also helps embed different images and videos inside the web page while adjusting their dimensions and positions.

C++ is an object-oriented programming language to create different computer applications and video games. The benefit of this coding language is it offers a robust programming structure contributing to code reusability and reducing costs. In addition, the portable feature of C++ makes it applicable to various platforms. Bjarne Stroustrup created C++ in 1985 as the extended version of C. C++ is used in developing compilers, libraries, embedded systems, operating systems, web browsers, GUI-based applications and more.

Java is an object-oriented programming language with various open-source libraries that app developers can choose. Since the release of Minecraft back in 2011, kids have expressed their focus on that game. One can use this interest to teach them the logic behind the Java programming language and solve different problems. When the kids learn Java coding, they can customize Minecraft per their preferences. Java is used to develop web-based programs, android apps, Internet of Things (IoT), Big Data and other Desktop applications.

The open-source programming language developed by Google, Golang, or Go maintains a compiled and procedural architecture. The underlying objective behind Go was to enhance programming efficiency. Though the language was developed in 2007 by Google, they publicized it in November 2009. The first version (ver. 1.0) was released in March 2012. Google Go is used for cloud computing, improving networking services, small and responsive tools, upgrading old infrastructures and more.

If you’re looking for a programming language with minimal coding, Swift should be your choice. This programming language maintains a simple drag-and-drop code design. It also consists of a guideline that changes its commands into game-type behaviour. The Swift compiler is designed with C++. Developers can use it to program systems and apps for mobile devices and desktops. Swift is well-known for its efficient memory-management features with automatic reference counting. In addition, its built-in error-handling features make it easier to manage and recover unexpected faults.

Learning programming languages isn’t simple. It requires patience and persistence to understand and apply the concepts to practical use. But it achieves excellent results in the long run, opening doors to better career opportunities with promising pay scales.

In the past, accountants used to search for errors and were seen doing entries by…