What is Web3 Gaming Development Services and its Features? 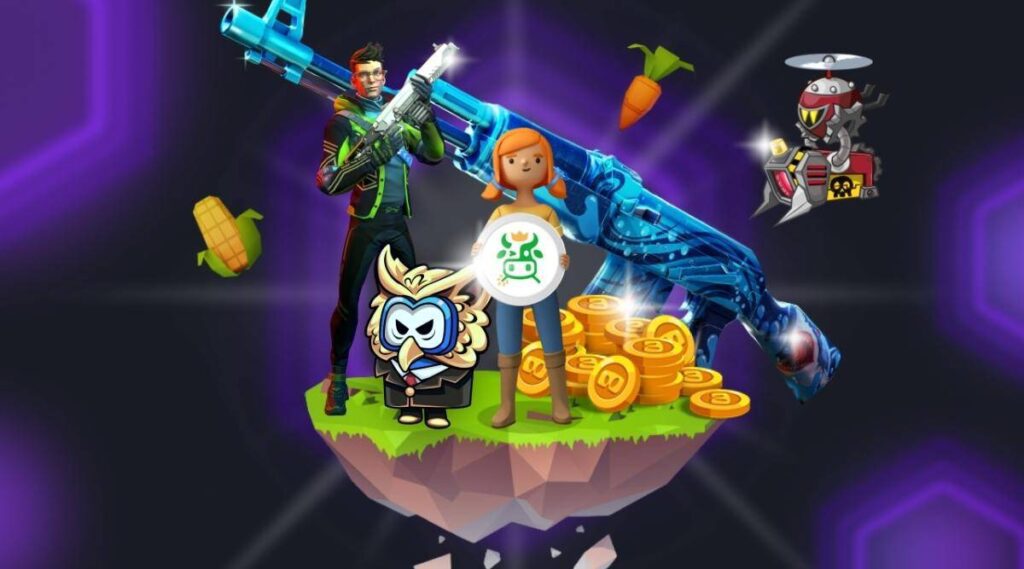 The innovation of Web3 has changed the face of the global gaming industry. Web3 Gaming, which has replaced traditional Gaming due to technological advancements, focuses on a decentralized platform to engage players in cutting-edge and lucrative game-play. Using cryptocurrencies and NFTs, Web3 gaming enables players to participate in play-to-earn activities. Democratizing the platform and transferring control from any central authority within a game to the player completely changes all aspects of centralized Gaming.

Grey markets have developed due to the inefficiency of the centralized gaming servers, giving hackers and con artists a platform. The central gaming servers’ reputation has been ruined by these markets. They take advantage of the players while depriving the network’s creators and managers of all rewards. As a result, the administrators are unable to protect the gaming platform and its users from unforeseen cyberattacks and outages. Digital assets are more susceptible to fraud, theft, and loss as a result of these cyberattacks and shutdowns.

Web3 Gaming is a decentralized gaming process in which the entire ecosystem for the game is autonomous and distributed. It grants full ownership of gaming assets and discretion over all gaming-related decisions. In a Web3 Gaming ecosystem, all ownership and decision-making functions are decentralized from a single point of control.

Blockchain technology is incorporated into Web3 Gaming platforms to create them. Gamers are empowered by blockchain integration to voice their opinions about when and how the game should change. By altering the pay-to-play aspect for the players, Web3 Gaming establishes the P2E model for them. It offers to trade for assets, tradable game tokens, etc.

By connecting players and in-game assets across platforms, web3 Gaming also opens up a wide range of interoperability between various gaming ecosystems. The blockchains that have been incorporated into the gaming platforms determine the cross-chain connectivity between the various gaming ecosystems. For instance, the interoperability attribute is present in Polkadot and Solana in the form of cross-chain communication bridges.

In the following section, let’s take a closer look at a few of Web3 Gaming’s most notable features.

People trade the in-game items and collectibles in web3 Gaming, which has a value exchange structure. On the blockchain, these gaming items and collectibles are kept in the form of unique NFTs. As a result, it provides the game’s players with decentralization and self-sovereignty in an open-source setting. The following are some of Web3 Gaming’s standout characteristics:

Both ownership and interoperability

Players’ self-sovereignty in Web3 gaming is supported by their ownership of in-game items and collectibles in the form of recognizable NFTs. Players have partial ownership of the in-game assets in centralized Gaming. All of their in-game items and collectibles will be lost if they choose to switch gaming platforms. When Web 3.0 is incorporated into gaming platforms, partial ownership is addressed. It enables the communication between various gaming platforms and facilitates the trading and transfer of cross-chain in-game assets.

Every game has a unique mechanic, and players favor different games depending on their preferences and gaming prowess. In relation to that, Web3 Gaming has an intriguing feature that enables players’ preferred game models to be upgraded and integrated into blockchain and metaverse platforms. Extending them to the metaverse, it turns a player’s favorite game into a decentralized game. This aids gamers in trading and creating avatars for their preferred games.

The gaming platforms are customized by Web3 Gaming based on player preferences. The feature of play-to-earn lucrative gaming. Web3 gaming is advantageous to the players. Additionally, it allows for the inclusion of classic games that players prefer to play on a decentralized open platform. As a result, it gives gamers complete self-sovereignty, which gives them power.

Web 3.0 integrated gaming ecosystems run on their own with hardly any downtime and little upkeep. Fast block minting and a high-game storage facility make it quite scalable.

Game designers and players can communicate with the blockchain network with the aid of Web 3.0 libraries and dApps. The in-game asset trade and transactions are powered by these dApps and libraries. They facilitate communication between smart contracts and developers and players. Web3.py, Web3.js, and other technologies are used to create Web3 Gaming dApps.

The smart contracts, which are subject to change based on player requests, handle all game voting and decision-making for upgrading the game. The Remix IDE is used by the majority of game developers to code, compile, and deploy smart contracts.

The gaming data that is stored on the blockchain network is extracted by nodes or Web 3.0 service providers. Nodes are crucial components of the Web 3.0 developer stack because, without them, Web 3.0 libraries cannot communicate with smart contracts.

Hardware for XR and Digital Wallets

In order to connect the gaming platform with the metaverse for an immersive and compelling Web3 Gaming experience, XR hardware includes smart glasses, haptic gloves, and scanning sensors.

Then there are gaming wallets with distinctive wallet addresses that aid in player identification. These wallets are used to store unique gaming collectibles and in-game items.

The following are the interoperable media standards: